Top Ten Tuesday: Books I Resolve to Read in 2013

This week's topic is Top Ten Bookish Goals For 2013, but I've already made public note of my primary goals for the year, bookish and otherwise. On account of which, I'm doing last week's topic, which I missed as last Tuesday was New Year's.


Since I've pledged to read four to six fairy tale retellings:
All this amounts to the likelihood that I'll hit my goal of four retellings sometime in February. I might become a Great and Terrible Beast instead of a Lady in Waiting by the end of the year. 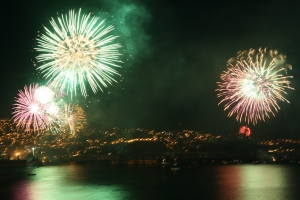 5) The final Wheel of Time book, A Memory of Light, came out today! I'll spare you the number of exclamation points I'm actually feeling on this subject. Suffice it to say that I'm resolved to begin reading the instant my copy shows up in the mail.

Yes, the mail. My go-to local bookstores didn't—as far as I could discover—host the sort of release celebration that would've allowed me to dress up as Aviendha, which would've been my best motivation for paying fifteen dollars more for the book than it cost to pre-order on Amazon. Ergo, I'm waiting on Standard Shipping. I have to finish 6) Evelyn Waugh's Brideshead Revisited before book club, anyway, so I might as well read that while I wait.

Somewhere in my resolves, I should make room for 7) Moby-Dick or War and Peace or even The Life and Opinions of Tristram Shandy, the latter of which I've at least begun, though I lost patience with Tristram when he started going on for pages about his uncle's groin. I also ought to finish 8) The Silmarillion, which I started before last Christmas.

Oh, and I'd like to read Orson Scott Card's 9) Shadow Puppets and 10) Shadow of the Giant, too.

There, that's ten—just ten of the at-least-fifty-two I hope to read this year. Some titles may be subject to change without notice.

What books do you plan to read this year?
Posted by Jenna St. Hilaire at 3:25 PM