Lone Redwoods and other stories

The fog rolled in this morning—and vanished, unfortunately, before I thought to get the camera out—but we've had several lovely clear evenings lately, with Jupiter directly overhead in Taurus, not far from the Pleiades, and Sirius tracking Orion through the sky. It's perfect stargazing except for one thing: it's so cold that I haven't yet convinced myself to pull out the telescope. Even though Jupiter and the Pleiades are two of the more stunning sights a home telescope can offer.

Maybe soon. I love the Pleiades. They make me think of Christmas lights. 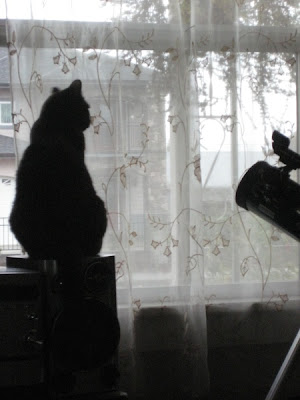 All right. I know kid stuff isn't always interesting to everyone, but I have the cutest nieces and nephews ever. The three-year-old niece sent me this email the other day, with a little help from her Nana: 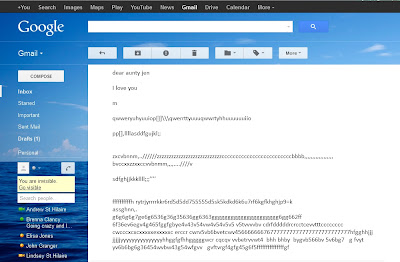 I visited her a couple of days later, and had the unfortunate experience of discovering that one of her pet rabbits was sick. Relaying that news to her mother meant causing the poor kid some worry over the fact of mortality, which resulted in the following conversation:

My sister: "Well, we need to have three bunnies, so if this one dies, we'll get you another one."
Tearful niece: "Another bunny?"
Sister: "Yes, another bunny."
Niece: "Another little tiny one?"
Sister: "Probably a little one, yes."
Niece, with a sorrowful sniff: "I think I would like a little pink one." 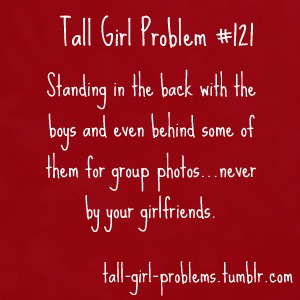 There's a reason for this, as I rediscovered at this week's choir practice. I never stand up front in the soprano line if I can help it; usually I go off to the side or, if there's room, get in the back row with the men. But practice was sparse this week, and everyone said hey, come on up, get in here—and stuck me in the middle.

I, of all things, had chosen to wear heeled boots, which put me well over six feet. The two or three girls closest on my right came barely to my shoulder. The girl on my left was shorter yet. The girl on the far side of her stood on a lower step, which put her head right at about my waist. Nobody in the entire front line got past my chin.

So yeah, sopranos: it's not that I don't like you, or that I'm too much of a loner to join in the group fun. I just feel like this tree:

Music of the week: Lou and I listen to one of his Pandora stations on weekends, an easy alt-rock thing that plays a lot of great music but had started repeating songs to death. He wanted to broaden the input bands, and as I was coming up with suggestions—The Civil Wars, Muse, The Fray—I remembered a voice I'd hardly thought of for years.

We added him. Turns out I still find Peter Bradley Adams a hundred percent listenable.

The plan is to finally see Les Mis with Lou's parents over the weekend, which I'm very much looking forward to. Though I'm nervous. I don't like crying in the theater, and all my friends' Facebook posts suggest that tears are unavoidable.

No, I still haven't seen The Hobbit. I know. The unfortunate thing is that I've stopped caring. I've begun envisioning it as a long string of goblin fights and action scenes, like Return of the King, and... ugh. I might stay home and watch the BBC miniseries of Brideshead Revisited instead.