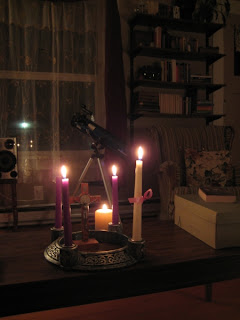 This might be the ignorance of the anecdotalist speaking, but it seems to me that the average new year's resolution fails because people hope to conquer besetting vices with a burst of enthusiastic will that is guaranteed to last no more than two weeks.


On account of which, I save my attempts at conquering besetting vices for Lent. Advent works better as a time to take stock, to contemplate direction and make adjustments as necessary, settling the ideas by the first of January. 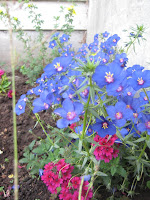 So, I've been contemplating and taking stock, and there's been a lot to this year. There were blue pimpernels and giant pumpkins, sweet peas and strawberries and tomatoes, homemade liqueurs and three months of sunshine. Lou and I chanted from the choir loft together and sang Mozart and The Hallelujah Chorus in ensemble; the latter involved practice sessions with a vocal coach, which enabled me to recover more of my voice than I'd thought possible.

For me as a writer, it was honestly a hard year. Most of my original goals got set aside; I spent more than half the year struggling with my first book and eventually lost my vision for it. Be it for good or be it for ill, however, I am thus far unwilling to give up that story—it's too dear and too unfinished. Many a spare moment in the last week has gone to hunting down and securing my original vision: the bright, simple, beloved thing, unencumbered by secondhand doubts or undue weight belonging to What Is Popularly Considered Acceptable. I want the story whole and at rest, settled and finished the way it was designed and intended to be.

We'll see what happens. A new year may look like a blank slate, but at nearly halfway to seventy, I've discovered I'm not the only one writing on it.

For this year, then, I have a few quiet hopes and plans. If possible, I'd like: 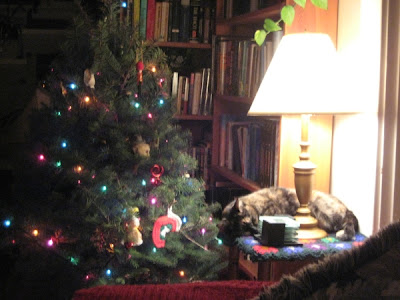 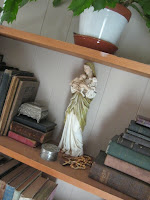 to devote myself daily to Mary 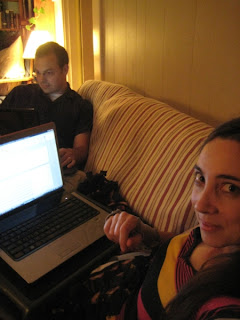 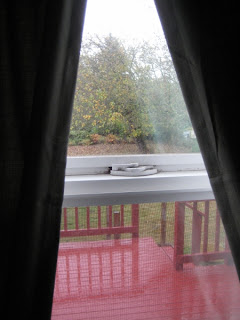 to learn to love the rain 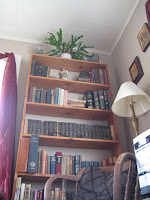 to read at least fifty-two books, at least four of them retold fairy tales for children 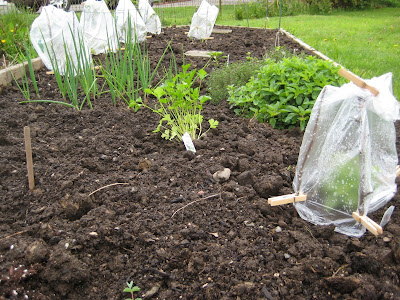 to go on developing home and garden

to finish revising and publish the fairy tale retelling


There have already been times during the perpetual chilly and wet twilight these last few weeks that I've thought the rain beautiful.

P.S. I am sure the formatting on this is thoroughly scrambled in every view except for the ordinary blog post as it appears in Chrome. I'm terribly sorry. The pictures seemed like a good idea until I discovered, halfway through, just how much format hacking was involved. And now it's too much work to get them back out. :P
Posted by Jenna St. Hilaire at 6:51 PM

Email ThisBlogThis!Share to TwitterShare to FacebookShare to Pinterest
Labels: stuff about me, writing