A Dance in the Wildwood and other stories 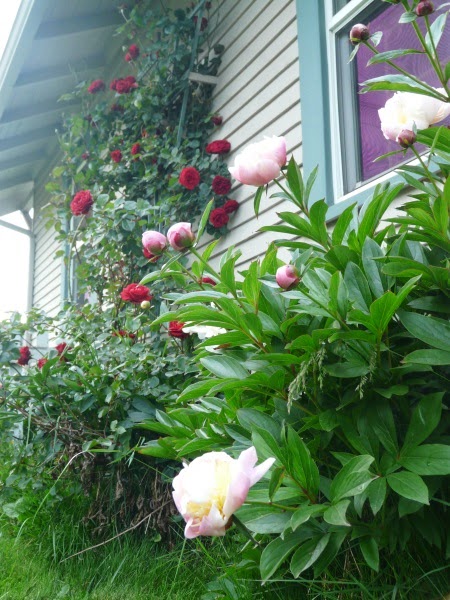 For when the heart goes before, like a lamp, and illumines the pathway,
Many things are made clear, that else lie hidden in darkness.
—Longfellow, Evangeline

A month's absence from the blog wasn't in the plans. Neither was the sheer volume of comment spam I've gotten on my last post, none of which should have reached the internet or you... unless you happened to be subscribed to comments, in which case, I'm so sorry.

Meanwhile, Min and I have been getting acquainted and liking each other very much indeed. She's friendly with my camera card, which helps. Brace yourselves. I've got a month's backlog of spring pictures coming your way.

One of the glories of this spring: the Don Juan climbing rose, which this year has recovered in great style from being treated like a Mr. Lincoln by mistake two winters ago. (The latter are hybrid teas, and like to be pruned way back in the winter. Climbers, not so much.)

It's hard to make the photos do it justice, especially since I haven't had time to do much better than snapshots. 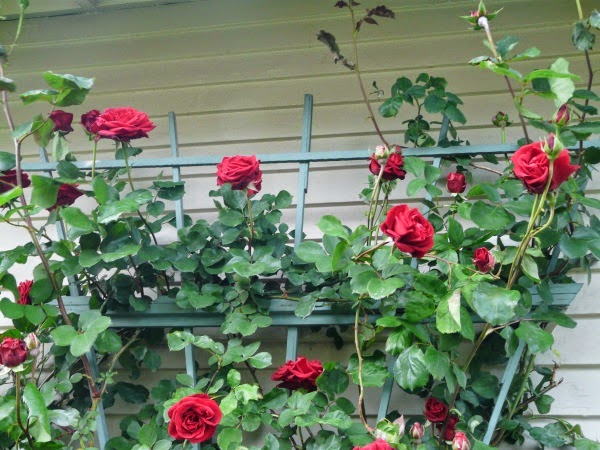 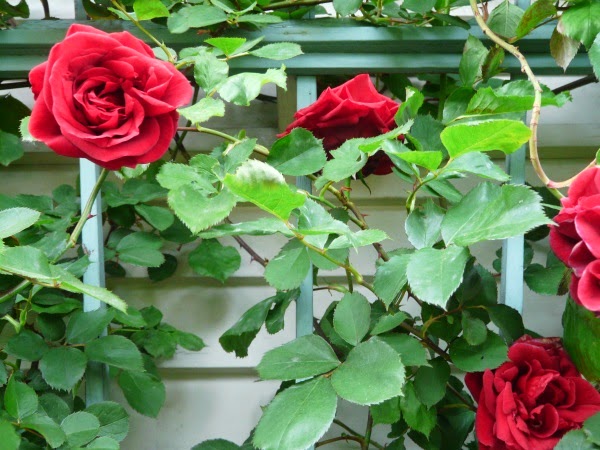 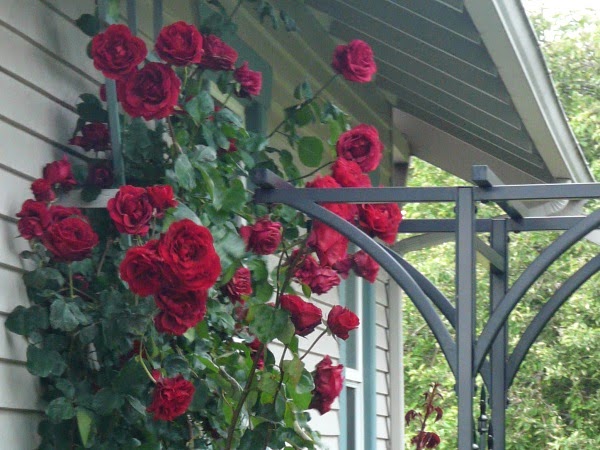 Music of the week: My friend Fred is in a music video! He's the first person you see, the star of the frame narrative. Isn't he debonair? I love Fred. He always greets me with superlatives and a hug. You're stupendously marvelous, Fred. <3

Parents, you may want to watch this without any small fry to whom you are not yet prepared to explain the birds and the bees and lacy lingerie. FYI. Cool song and sweet video, though.

While listening to the radio in the car this weekend:

Me: "How did someone who sings like this ever get a job as a recording artist?"
Lou: “That’s Bob Dylan.”
Me: “Oh, well, I guess that explains it…”

If I hadn't grown up almost entirely ignorant of pop culture and all relevant contexts, would I have understood?


"To know what would have happened, child?" said Aslan.... "Nobody is ever told that." 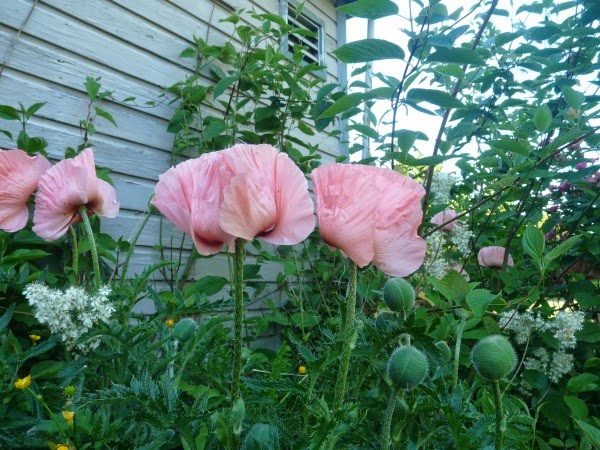 Sunday afternoon I finished a work begun in, if memory holds true, sixth grade: that of reading Longfellow's Evangeline.

The ending made me cry, as I pulled myself away from "the wail of the forest" and back into the late afternoon sun in my own peaceful little yard. But the poetry was astoundingly beautiful, and some of the thoughts haunt me—a friendly haunting, usually, like the quote above, though there’s also being shadowed by a spirit of fury. Why is the world so sad and full of suffering? I'm not sure I'll ever understand. 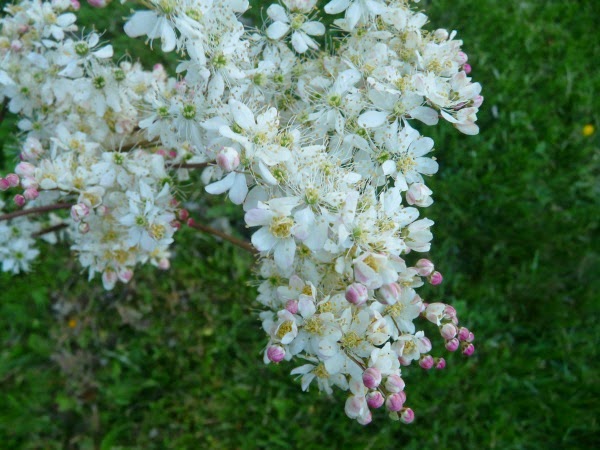 That thought doesn't just come to mind when reading tragic literature. I thought about it for ten minutes straight the other night, while enduring a particularly impressive foot cramp. It was a much less poetic experience. 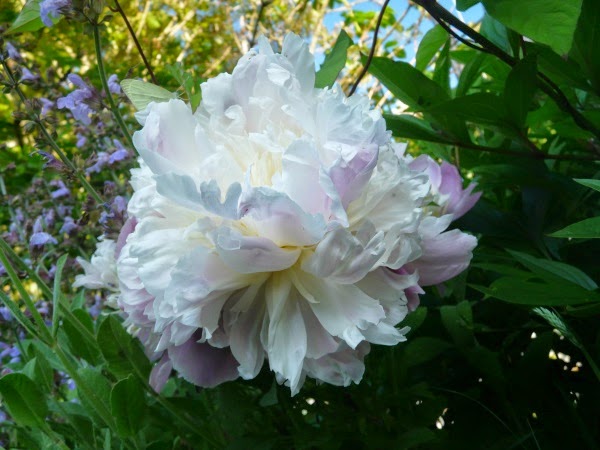 I find myself referencing that image in thinking through life over the last few months. Everything changed at once: rhythm and routine, ideas and ideals, dreams and goals. Rites of thought, writing, and prayer—my usual ties to sanity—all snapped off like frayed kite strings, ends fluttering in the breeze. It's felt like the world has spun, writhing and morphing, around me—like perhaps I wandered into that fairy-dance as a human and found myself spinning, too, involuntarily and with abandon.

Masha and Christie have me retreating with them for a few weeks, seeking prayer, bringing in flowers for saints, and organizing thought processes into words and meaningful visions. It's apparently working, since I'm sane and settled enough to blog tonight. 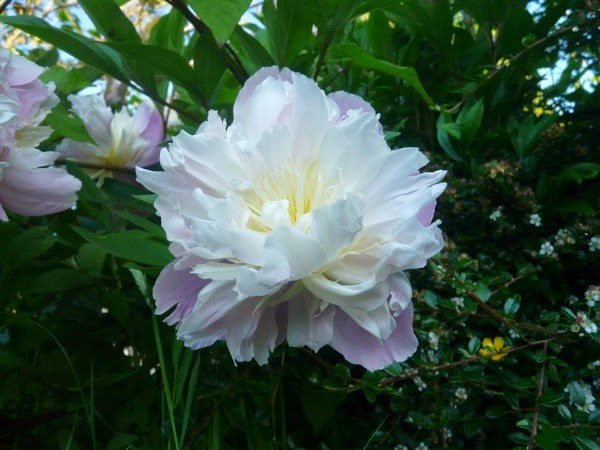 Of course, one doesn't dance in the wildwood and go home unchanged. That, however, is as it should be.

You wouldn't think an ice cream labeled "Death by Chocolate" could be improved by pouring massive amounts of chocolate sauce on it.

Turns out, it can. Kathryn! I might need your grandma's recipe, if it be not secret. It's amazing.

Two rather dear young friends have passed me up in height this spring: 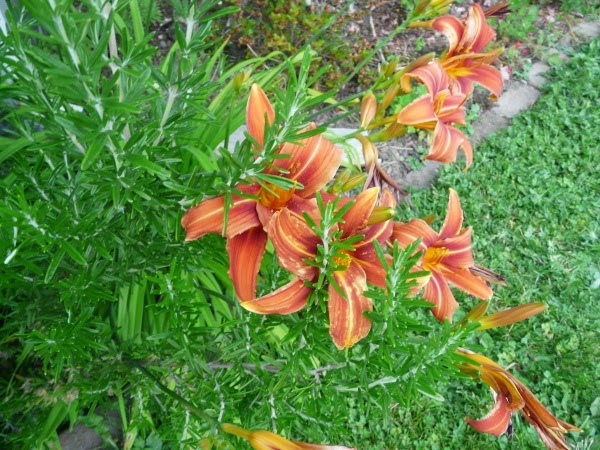 In other news: I am registered for my first classes—English 2010 and Introduction to Horticulture, the latter of which is a Breadth Life Sciences requirement that looked particularly life-applicable. I still need to register for Spanish, which USU is kindly letting me take from the University of Idaho since they offer only Italian online. (Italian: very beautiful, but not very useful in the Pacific Northwest.)

I like my job, and am addicted to the free coffee. I love both my piano teacher and my priest oh-so-much this week, both of them for extending lots of sympathy and mercy to exhausted and overwrought little Jennifer, on account of which, I am working very hard at this Bach inventio and at all the Christ-imitating Father asked me to do. I knew we had day lilies and rosemary in the garden, but the iris came as a surprise. 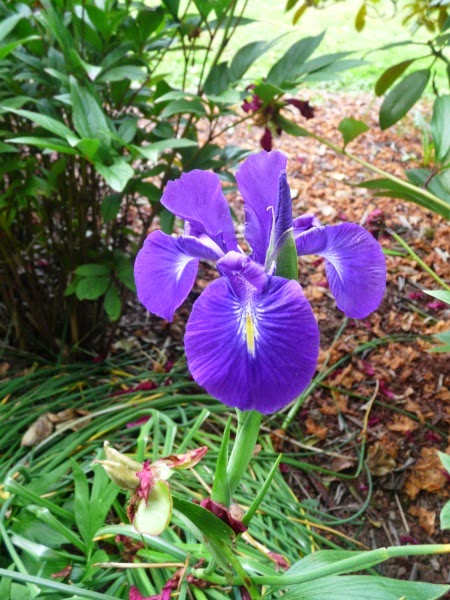 Blogging promises seem to be difficult to keep just now, but I'm not planning on abandoning this beloved little place. For today—I hope you're all well and enjoying summer!
Posted by Jenna St. Hilaire at 10:55 PM 11 comments: