From Problems of a Book Nerd: 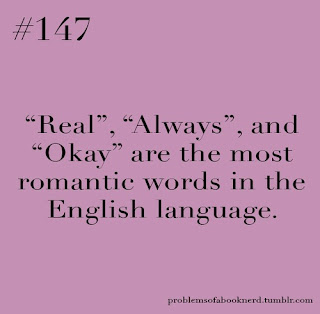 I think I need to read The Fault in Our Stars. But not yet—not, at least, until I've finished this: 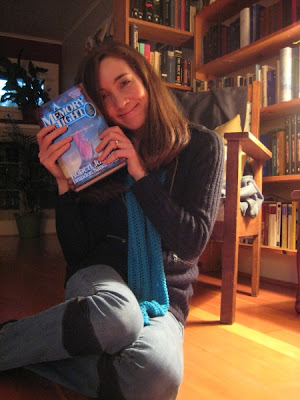 I am this far: 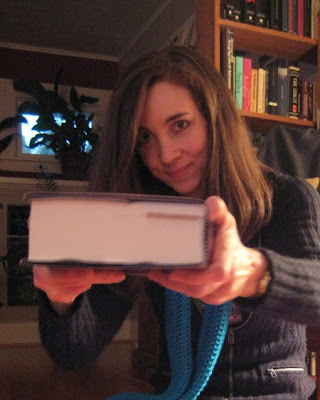 Originally, I'd intended to blast through it and have a review up Wednesday. Upon opening it to the first page, though, something rare happened: it struck me that I ought to slow down and enjoy this final new Wheel of Time—and, to my surprise, I realized that I can do that, if I try. At least, till the suspense finally gets to me.

To be fair, I could meander through it and still have a review by Wednesday if I dropped everything else. The problem is, I'm having too much fun writing my own book. I owe much of that enthusiasm to Christie. Thank you, Christie. <3

Along the recovering-enthusiasm lines, here's a writer's link for the week: Kiersten White on raising the rent on the destructive little voices in your head:


But occasionally something slips in, destructive, seeping, something that collapses your space in around itself until it is small and huddled, looking inward instead of outward....
The voices dominating the space, ringing around in it, are not your own, but that makes them all the more powerful, louder still. And the very worst ones, the cruelest and hardest to ignore, sometimes sound just like you.
Kick them the crap out.

Not until the fourth or fifth time through this post did I realize she wasn't necessarily talking about writing. The reason being, probably, that nearly every negative voice in my head this last year has had to do with my writing of a certain 2009 NaNoWriMo novel. (Obsessive much? That's the prerogative of the artist, I suppose.)

It's not something I blame on any one person, or any one reason. It's like my memories of working in customer service. I remember two things: 1) the people who went out of their way to be friendly—the ones who came in regularly, the ones who made me laugh, the Spanish guy who, after forty-five terribly difficult minutes of trying to figure out what was wrong with his software, said, "I am very, very pleased with you"—and 2) the people who went out of their way to be nasty, who, like the one moldy potato in the sack, could spoil a week's work in ten minutes. The big man who got in my face, while his wife stood by and watched, and cursed me out because, after ten minutes of measuring, he determined that his picture was framed a hair off center—that memory still gives me a rush of adrenaline jitters.

After a couple of years of reading loads and loads of industry blogs and going through lots and lots of critique, I've caught my mind clinging to a few exceptionally affirmative comments, yet allowing a handful of negatives to taint huge portions of my work. It's hard to know what to do with negatives when you value truth. Is it going to be impossible to sell something of that nature in this market? Was that reader right to suggest that change, even if it doesn't quite fit with my vision for the story? Does the likelihood of drawing certain criticisms matter?

At some point, moving forward requires making a judgment call. Either lay it aside as 'a learning experience' and try something new, or accept challenges and even the certainty of making mistakes and fight for what is good in the work. I'm choosing the latter. There's something damn good in that book, something worth fighting for, and I will see it become the best it can be.

End of manifesto. For now.

Random customer service memory: an extremely loquacious patron who got angry because our water pitcher splashed on his expensive shoes. He bought us a new one and handed it to me with a sheepish look and "It's yellow. It matches your shirt. And your teeth."

It's collapse-into-giggles hilarity to me now. But I have brushed with whitening toothpaste ever since.
Posted by Jenna St. Hilaire at 6:27 PM