Artist and Analyst, Critic and Fan 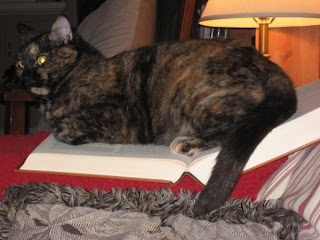 Analyzing the texts we love is a big part of loving for many of us... So when we analyze how often do we critique? Or is it just all affirmation? How do you analyze your favorites? What aspects do you find most intriguing? How does it develop your relationship to the text?
~Masha

After a cheerful week talking about fandom, Masha took this week's conversation in the direction of textual analysis—an important aspect of both the writer's work and the reader's. Love it or hate it, we don't learn to read or write well without it. I, fortunately, happen to love it. Most of the time.

There are—to get the annoyances out of the way first—forms of literary analysis that frustrate me to no end. The modern tendency to judge older texts (or authors) by the moral or stylistic standards of today is plain chronological snobbery. I've little patience for deconstructionism and none whatsoever for Freudian psychoanalytic attempts to see into the sexual stirrings of the author, though my interest picks back up when we get around to Jungian archetypes and Campbell's hero's journey.

I also wish that current works weren't so heavily subjected to shallow criticism based on use of the passive voice or adverbs. Likewise, that textual studies and conversation everywhere could move away from being quite so issue-centered. And I won't even get into how baffling and frustrating it is to deal with the fact that the default position for literary culture nowadays is flat disrespect for so much of what I've always considered good and true and beautiful.

Set all that aside, however, and textual analysis is good clean fun. Masha's questions are all interesting, so I'll take them one at a time.

When we analyze how often do we critique? Or is it just all affirmation?

I can't speak for everyone, but in most contexts I don't hesitate over a little fair critique. Though I love The Lord of the Rings, I get bored with stretches of it, owing to the overall lack of interesting female characters, Éowyn notwithstanding. I'm also not afraid to chuckle at Victor Hugo's interspersing his beautiful Les Misérables storyline with some of the longest, dullest rants possible, though I'll grant that his topics were probably of some interest to the nineteenth-century French, and will even admit that they should be more interesting to me.

Harry Potter is usually criticized for the wrong reasons, so I tend to speak of him with lots of affirmation and occasionally a touch of defensiveness. It's not often that I bring up the real flaws in the story or even my personal conflicts with it, though both exist. And I find almost no fault whatsoever with Jane Austen's three strongest novels (Pride & Prejudice, Emma, and Persuasion, which I believe are her best in terms of narrative wholeness and technical perfection; feel free to challenge me on that, if you like), though certain aspects of modern Austen fandom trouble me.

How do you analyze your favorites? What aspects do you find most intriguing?

That depends on the nature of the book. The first thing I did with Harry Potter was check out the witchcraft accusation. I did happen upon a couple of incredibly sketchy websites trying to use the Potter stories to make witchcraft appealing to kids—and by sketchy, I mean disreputable fonts, absurdly loud color schemes, and in one case a claim that Moses was a Parselmouth, which suggests that the site's writers scored appallingly low on the reading comprehension section of their SAT's. But it became very clear very quickly, on the testimony of pagans and ex-pagans and Rowling herself, that Harry had nothing whatsoever to do with neopaganism or New Ageism.

Beyond that, I developed a fascination for the source mythologies, including medieval Christianity, the Greco-Roman pantheon, and alchemy. The latter was an entirely new concept to me, and though it's often used in young adult literature nowadays with no more apparent depth than the color changes, I love the way Elizabeth Goudge used it in The Little White Horse and Stephenie Meyer used it in the Twilight saga, and it made an immense difference in my understanding of and appreciation for Romeo and Juliet.

My own analysis nowadays tends to focus on the depth of world and character development, the writer's mastery of prose and storytelling skills, the narrative unity of the work, the philosophies of key characters and—when relevant—the author, and when I know enough about it, the tradition in which the work is written and the work's relation back to that tradition. Those are the critical points that most frequently turn up in my reviews, and those are the points I focus on as a writer.

How does it develop your relationship to the text?

Everything a reader learns about a text can affect the relationship between the two. Most of the time, I find the effect of new understanding to strengthen the bond between me and a story I love, though certain things can occasionally detract from that—well-thought-through critique, say, or someone's reasonable praise on philosophically antagonistic grounds.

Ultimately, I like getting in on a book's secrets and developing a good strong intimacy with my favorites. After all, the ones that teach me the most are the ones which stick around to influence my thought patterns as well as my further reading and writing endeavors. Correct me if I'm wrong, but I believe that's much of what analysis is for.
Posted by Jenna St. Hilaire at 9:30 AM