Top Ten Tuesday: Bookish People I'd Like to Meet

Now, this is not necessarily authors, mind. After all, we've already talked about which authors we'd like to invite to Thanksgiving dinner, so you already know something of the authors I'd like to meet—though there are ever so many more.


So, the bookish not-necessarily-authorial people I'd like to meet... all right, I'm going to cheat and keep this simple. Partly because I'm still catching up on life after last week (but hey, the deck is painted and the book is edited! Yay!) and partly because I sincerely would like to meet these people, all of whom are online friends I've made at least in part through common reading: 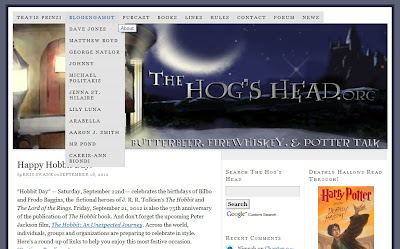 I've met Arabella Figg (and would be delighted to see her again any day), but many more remain in a state of internet-only friendship: Travis Prinzi, Mr. Pond, George who comments here, Carrie-Ann Biondi, Kris Swank, Moe W., Matthew Boyd, Dave Jones, and Johnny. Then there's Aaron and Michael, but I've never talked to either of them; should we ever have a magical Blogengamot 'union (since it can't be a reunion exactly), however, they should definitely be there.

But also definitely in the top 10: Masha and Christie!

I have this awful feeling that I'm forgetting some internet friends....

What bookish people would you like to meet?
Posted by Jenna St. Hilaire at 4:23 PM