Feline Genius and other stories

Recently, new friend and fellow blogger Christie invited me to guest post on her fairy tale blog. She suggested I talk about Harry Potter, and how could I resist that? The resultant "Harry Potter and the Writer of Fairy Tales", a mingling of testimonial with brief exploration of the fairy tale elements in the Potter books, is now live on her site.

Maia, for whom seven mattresses would not be enough to disguise the lone pea beneath, continues to find it difficult to rest comfortably on the human lap.


MAIA: “You know, your legs could be at a better angle for sleeping on.”

ME: “Don't even talk to me about awkward angles! You’re standing under my elbows, and I’m trying to play the piano.”

MAIA: “Oh, like that Final Fantasy song you’re playing is so important.”

ME: “I like this Final Fantasy song. And I’m good at it, when you’re not making me play with my elbows inverted.”

MAIA: “You’re not playing the Moonlight Sonata up to Beethoven’s standards.”

ME: “I’m not even playing it up to my own standards! You’re distracting me. Hey! Why did you just bite my arm?”

ME: “Darn it, cat, I once played this piece with a spider on my wrist, and now I can’t get through it with you on my lap. What does that say about you?”

MAIA: “It says you’re paying more attention to working that ridiculous pedal than you are to the comfort of the cat on your lap. What does that say about you?”

ME, stopping in the middle of the Sonata: “Dig your claws into me one more time, and you’re on the floor.”

MAIA: “I swear you were born in a doghouse.”

ME: “Don’t pretend you can do it better.”

MAIA: “I haven’t any use for Beethoven. I make my own music. Chromatic. Dissonant. You’re probably not up to recognizing the genius.” 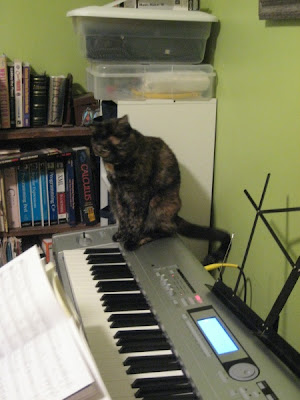 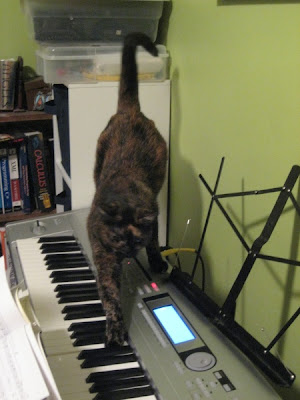 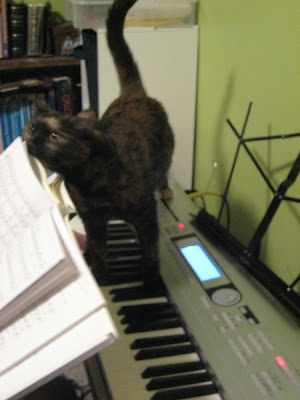 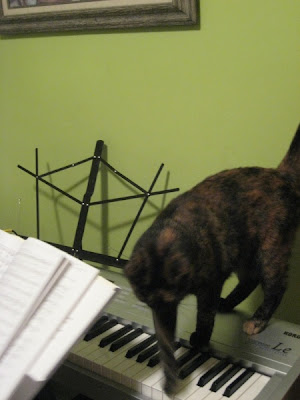 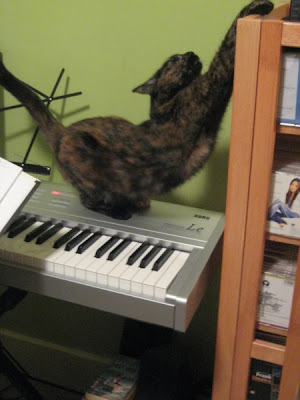 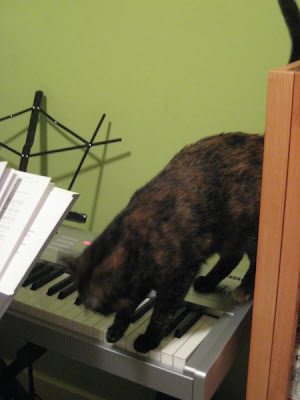 Writers' link of the week: Elana Johnson on things she wishes she'd known before getting published.

Random amusement of the week: Hilariously inappropriate test answers from children. Advisory: a number of them are very inappropriate. :)