Commenter David (newmaldon), in a note on last Thursday's post, asked a set of questions I thought deserved a whole post to answer. For the rest of you, David was responding to this Tolkien statement about Lord of the Rings:


"Those who enjoy the book as a 'heroic romance' only, and find 'unexplained vistas' part of the literary effect, will neglect the Appendices, very properly."

David says: "I'm guessing this is a reference to the fact that he created so much history and culture that never actually appears in LOTR, but is instead hinted at. But then, how much of this history and culture is "necessary" to create? And how do we incorporate this into a story so that it appears that there is much more depth than what appears in print? How are you going about that?"
Fantastic questions, David--thanks for asking them! To assist my attempt at answering, here's a sample world-building paragraph from an imaginary novel:

The water came up to Kimmie's ankles, and as far as she could tell, it got no deeper as it stretched out before her--acres and leagues and furlongs before her. It needed more interesting words than the miles and kilometers she was used to. She bent over and rolled up the legs of her jeans to mid-calf, straightened back up, and laughed. Where she stood, where she ought to go, what to do with this brand new world--she had no idea, but it was beautiful, a sea of perfect blue; and her puddle-hopping days did not seem so long ago as she drew breath, jumped as high as she could, and came down with a tremendous splash. 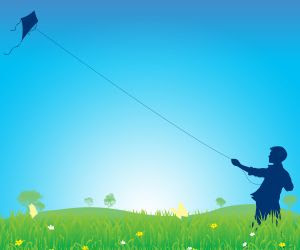 How much history and culture is it necessary to create?
It depends on the scope of your story. The grander and more epic the tale, the more you need to know about the world, the people, and their past. The nature of your plot affects this, too: if you're focusing in on a romance, the manners and customs will be of more relevance than the weapons and travel information you'll need for a hero's journey. And whatever your plot, you need to know enough to be sure your events and scenes arise from reason, rather than happening deus ex machina.
Example from above: I might need to do some research on what ecological effects a giant shallow body of water might have on a world. The nature and extent of my research will depend very much, however, on whether Kimmie has arrived in this new world to find the love of her life or to help save the place from environmental collapse.

How do we incorporate this into a story so that it appears that there is much more depth than what appears in print?

First, I believe strongly in the power of suggestion, of trusting the reader's ability to make associations. If you've read the sample paragraph, I shouldn't have to tell you that Kimmie is dressed like a casual American girl--the word "jeans" gave you enough. Hopefully you also have a beginning feel for Kimmie's personality. As for the world, you should have an image in your head--and whether or not Kimmie can see dry land from her position doesn't matter just yet.

Second, we work within a narrative voice. Kimmie will learn this new world one experience at a time; she'll have a very different perspective from Marius, who comes poling along on his wiggawood raft looking for flapjack fish. Kimmie's sense of wonder could be useful to me; Marius' lifelong knowledge--which of course he takes for granted--is a different resource. Neither of them will give out all there is to know about the world; Kimmie because she doesn't know it, Marius because he never thinks about it.

The plot will have to bring the necessary details to the characters' attention. If a piece of information isn't relative to plot or character development, I'll make a judgment call over whether it's really necessary for setting, with a preference for leaving it out.

How are you going about that?

For my current novel (which is not about Kimmie), I wrote the rough draft in a month from a very bare outline and sketchy world-building notes. The result was awfully slapped-together. I had to go through my scenes, figure out what needed killing and what I should keep, and rebuild the story around the remains.

To that purpose, I've created several things that won't appear in the manuscript: a timeline complete with original dating system, maps, and notes from the perspectives of characters around the protagonist.

I've also researched things like tiki torches, blanket-roll-making, self-defense with a baton, and poloidal fields on the moon. It's been fun.

Sticking to my third person limited-omniscient point of view forces me into constant consideration of detail. If my protagonist is unconscious, so are we; if she's facing the wrong direction, we miss the action. The challenges of writing in this voice fascinate me--I've got to know what she does and does not know, then move her so she sees enough to notice and learn. With her personality, this is not easy, but I never get bored.

David, I loved these questions and might have had a little too much fun answering! I hope this is helpful to you and anyone else who reads it.
Posted by Jenna St.Hilaire at 9:33 PM