O Great Mystery and other stories

This was a Christmassy surprise to wake up to this morning: 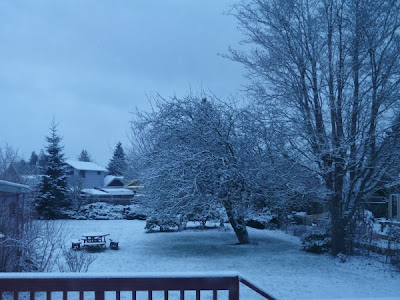 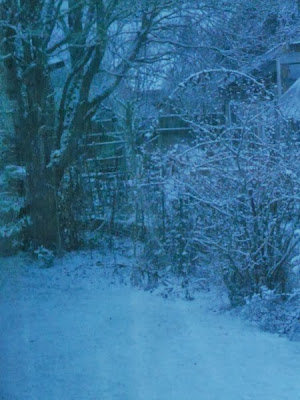 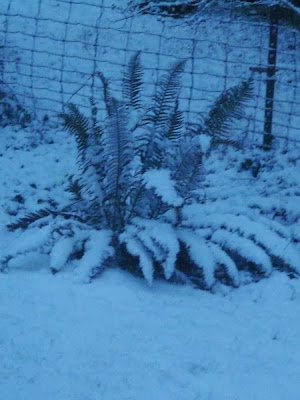 Blogging over the next couple of weeks will be unpredictable. We're expecting to spend some quality time with all twelve of our nieces and nephews during the twelve days of Christmas, presuming that the baby girl makes her appearance—which she should, as she was due a couple of days ago.

In between making midnight airport runs, visiting new babies, packing and wrapping Christmas gifts, putting a semi-desperate effort into getting Christmas cards out, and directing choir, I'll try and plan on at least an end-of-year post. I hope to get an H.P.B.C. post up between Christmas and New Year's as well, if I can do it without scandalizing family. ;P 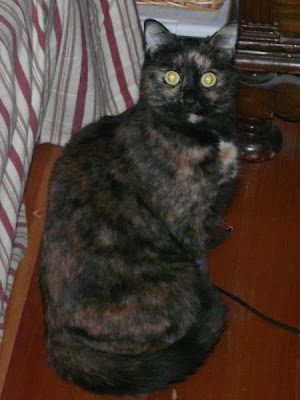 Say what you will about Windows 8, its bluescreen is at least friendlier than the ones I'm used to.

To be fair, I probably shouldn't have asked it to read the camera card while having a pdf, Audacity, three Word documents, two browsers, and Windows Explorer open. My computer is sensitive; I've crashed this thing a lot. It feels like less of a tragedy, though, when it just gives you a little frowny face and informs you that the computer has encountered a problem and needs to shut down.

Music of the week: O Magnum Mysterium, a text from Christmas Matins (a set of nighttime prayers) which has been set to music beautifully by quite a number of composers. I'm not sure anyone tops Morten Lauridsen's sublime, modern polyphonic setting.

Text and translation, courtesy of Wikipedia—it looks correct, as far as I can tell:

O great mystery, and wonderful sacrament, that animals should see the new-born Lord, lying in a manger!
Blessed is the Virgin whose womb was worthy to bear Christ the Lord.
Alleluia.

Happy weekend.... and if I don't make it to blogging again beforehand, Merry Christmas. <3
Posted by Jenna St. Hilaire at 12:08 PM