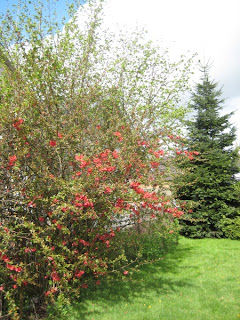 The ambient light ever-present in town prevents us from getting as much as I'd like from the night sky, but sometimes the stars outdo themselves. Lou and I stood on the front steps for several minutes last night, just watching one of the loveliest panoramas I've ever seen. Sirius. Orion. The narrow crescent moon and Jupiter close to Aldebaran. The Pleiades.

That quiet little interlude came after cocktails and barbecued pork by candlelight, after an afternoon divided between finishing book club book and re-potting baby tomatoes and cucumbers, after Mass and some good bonding time with our little choir. 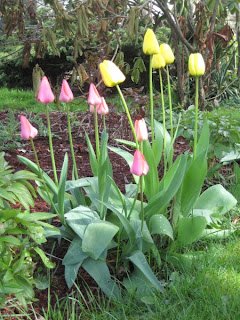 Which came after Saturday, but Saturday I'll explain shortly. Saturday came after a week in which even coffee and mellow piano music on headphones couldn't give me the gift of concentration. In which attempting to write was so difficult that it was a relief to pretend my computer didn't exist and hand-copy a stack of recipes for a friend; any other week, I'd have printed them. In which I was sometimes too unsettled even to read.

Saturday, Lou went to Seattle with a group of guys to watch the Mariners lose to the Rangers, and I had the house to myself. And honestly, as I fumbled through some computer work in the early afternoon, before he left, and realized that I'd spent a perfectly good, homey morning feeling stressed and sad, it struck me that my problem might have been nothing more than the absurd length of time since I'd willingly given myself a day off from writing. 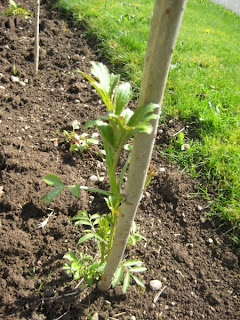 I have written about rest before, but I always seem to forget my own words.

So yeah, Saturday got to be a holiday. Spontaneous introvert holidays are probably as individual as the person; for mine, I spent an hour rooting massive buttercups out of the chives and oregano and wandering about the yard snapping pictures. Then I gave myself a luxurious two hours with the piano and guitar—and Rich Mullins' "If I Stand" came together for me, hands and voice, like it never has before, and my fingertips survived a half hour of guitar chords instead of three songs (and my voice survived everything, which is practically miraculous). And after leftovers for dinner, I made myself a mug of microwave chocolate cake and watched my first-ever episode of Doctor Who. 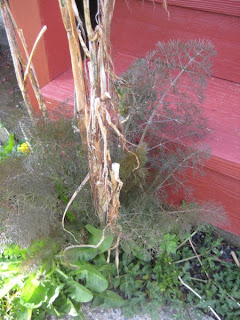 It was all so much fun that I let Sunday go ahead and be a day of rest, too.

All of which means that I'm writing this blog-post last minute, with book club tonight and dinner yet to be made beforehand. It's sloppy. I'm sorry. But a packed Monday with the probability of a sloppy blog post seemed acceptable as a side effect to the restoration of sanity.

It didn't fix all the emotional exhaustion, but it helped. I can think again.

Rest is good. I recommend it. It probably won't take me long to forget that again. In the meantime, I recommend sunshine and gardens and music and chocolate cake and Doctor Who. Also, the stars.
Posted by Jenna St. Hilaire at 5:38 PM