Home in All Seasons and other stories

A year ago today, we got the keys to our little house. Back then, it looked like this: 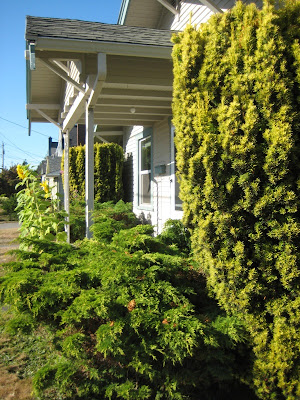 As of early this morning (hence the shade), it looks like this: 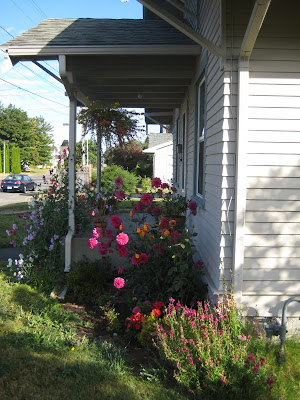 It's a great home—for me and Lou, for Maia, for a Great Pumpkin vine: 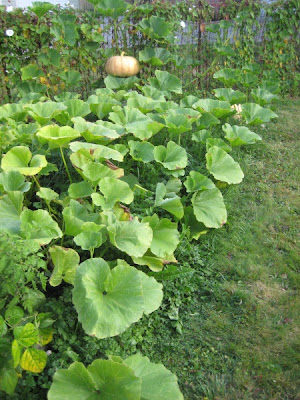 For a new set of basil seedlings, which have valiantly survived getting overturned twice: 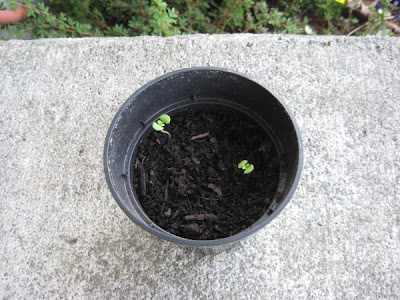 For a set of tomato vines, which I am desperately trying to carry just a little longer through the standard Western Washington case of early blight:

And for a lot of other garden inhabitants, including a plethora of buttercups and the occasional squirrel. It also plays spring housing for a pair of finches, hostel to a couple of Steller's jays, and neighbor to a number of other small birds.

We've seen it in all its seasons, now, and I am satisfied. It's my Silver Bush, my Pemberley, my Burrow, and I'm grateful for it every day.

One busy morning this week, I pulled a load of towels from the dryer, dropped it on the bed, and went in for a shower. Twenty minutes later, I returned and began folding. It took me a few moments and a couple of washcloth-foldings to notice this: 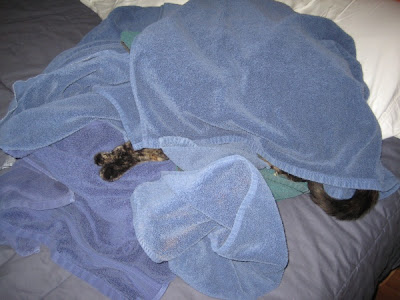 Writers' link of the week: Since Monday's post was on rest, here's Hilary Smith's "dark house, empty bowl: on leaving the world for a novel (and making it back alive)". A good reminder that we can't live entirely in the writing mania, and that the soul needs the care and feeding of normal life between times.

Music of the week: I discovered Kokia a few weeks ago while looking for arrangements of Ave Maria (and her voice on the Caccini is quite stunning). Turns out, she's done everything from background music for anime to pop Christian music. In other news, I'm sometimes rather sorry that with all the languages I've dabbled in for days and weeks at a time, I never tried Japanese.

Random amusement of the week: What kind of book reader are you? I couldn't choose between three; I'm a Chronological, Cross-Under Bookophile. Those of you who have never read Anne of Green Gables may see yourselves listed specifically under Delayed Onset Reader #1. :)

And now, after professing my love for this house, I had better go clean it. Cheers! And happy weekend.
Posted by Jenna St. Hilaire at 2:24 PM