Thoughts of Summer and other stories

The big news this week: One of the projects I worked on this year has finally gone live! Silhouette's Arbor, a four-book seasonal collection of the highlight posts from the first years of the online journal, is now available on Lulu. It should be up on Amazon in a few weeks as well. After working on it with Justin, Jessi and Jake for months, I'm thoroughly excited to get my own copies! 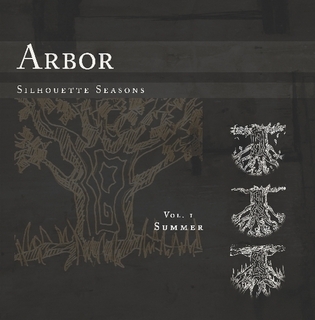 The Summer season was my special project; I got to be its editor, writing the foreword, collecting quotes for the afterword section (in which Mr. Pond is quoted alongside C.S. Lewis, J.K. Rowling, Emily Dickinson, and others), and editing and arranging the articles. It turned out beautifully, if the files I saw were any indication.

The pieces included were some of my favorites—among others, Jana Gering's short, enthralling essay on children's literature, Jessi Gering's lighthearted thoughts on adventure, Judd Mellinger-Blouch's poem Mermaids and Millstones, Matt Martinson's haunting Exile, James van Noord's hilarious set of dating definitions. And of all the pieces I ever wrote for Silhouette, I got to include my own favorite—the terza rima poem, Channeling Dante.

And that's just my season: the other three are every bit as brilliant.

Oh, sequel-writing, how difficult must thou be? I've vacillated all week between reverting to the second NaNoWriMo version and creating an entirely new outline. This morning I worked on both, in the space of less than one hour.

What I should be writing is a query and synopsis for the first book.

Writer's link of the week: Why have one when you can have ten? Mr. Pond aggregated his top ten favorite writing articles for the year. It'll probably take me a week to read through them all, but... awesome.

Music of the week: One of my all-time favorite bands, the techno wrockers* Ministry of Magic, totally made my last weekend by releasing three new videos. I loved them all, and I'm definitely getting this CD. This song was my favorite, but you can watch the others at The House Song (advisory: a bit of strong language, and a few Slytherins) and Lily.

Yeah, I know. I also like the Backstreet Boys. What's wrong with that?

Funny of the week: Hyperbole and a Half's brilliant The Alot is Better than You at Everything. Words fail to describe how much I love this post. Let's just say that I like it al... I like it a... oh, I can't make myself do it! I like it a lot.

Ah, the last week of Advent: one of my favorite times of year. The O antiphons, the music, the candles, and Christmas preparation! This weekend is dedicated to tree-fetching and decorating and finding x:

I also hope to finish George MacDonald's Alec Forbes of Howglen, partly because it's so wonderful and partly because I just picked up three more young adult books from the library, all of which need to be read within three weeks.

* wrocker (RAW-kər) n. contraction of wizard rocker, a musician or band who primarily performs songs based on the Harry Potter series.
Posted by Jenna St. Hilaire at 3:21 PM