Taking a break from my string of I-haven't-thought-about-anything-but-novel-in-weeks posts, we return to tales of the trip to Rome. A picture may be worth a thousand words (a writer's least favorite aphorism), but no picture can well describe how utterly humongous the old buildings are. These pictures, however, give it a try. Think, for instance, of the front of St. Peter's: 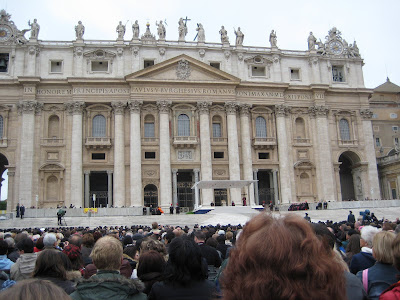 ... and then look at me, standing at the base of one of the columns. 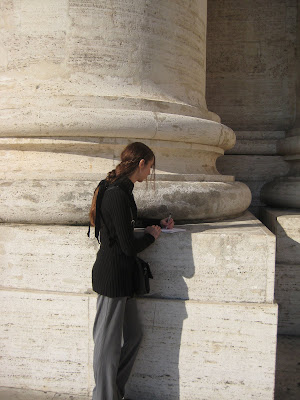 From the inside, we see Bernini's baldacchino (the dark canopy structure in the middle): 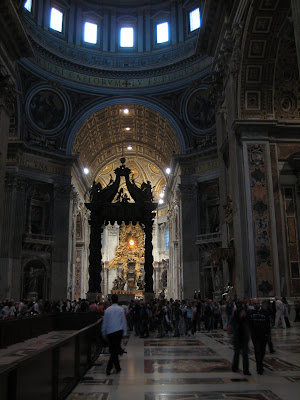 They say that the baldacchino would actually fit inside the little hole at the top of the dome, seen at the bottom of this picture: 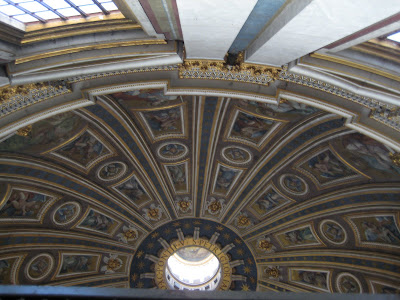 Lou shot that picture from the base of the dome, after climbing three hundred some stairs to get that far (it takes another two hundred to get to the top of the dome.) Here you have the view down from the same level: 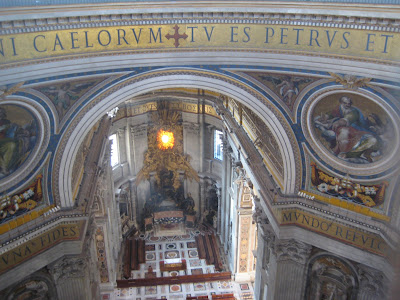 Not that the Vatican has the corner on massiveness. The "giant wedding cake", otherwise known as a monument to Vittorio Emanuele II, does what it can: 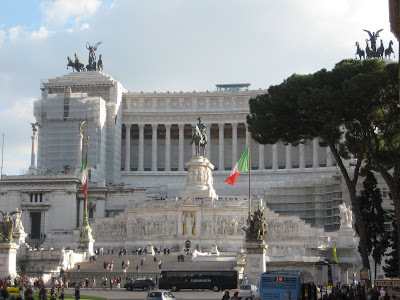 ... and there's nothing particularly shrimpy about the Colosseum, either. 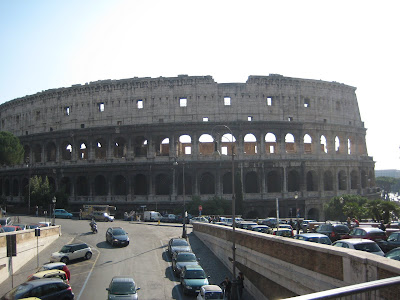 Posted by Jenna St.Hilaire at 9:20 PM