Chesterton, if I remember correctly, referred to Rome as a "living city." It isn't just ancient ruins. But it has ancient ruins, and ancient things that are not so ruined, and the incongruity of the ancient things existing right up against the modern fascinated me throughout the trip.

Of course, the incongruities were not limited to Rome, nor to the juxtaposition of old and new. Everywhere I looked, I found something to boggle the brain.

Cherub with the usual innocent baby face, clinging to the head of a gargoyle: 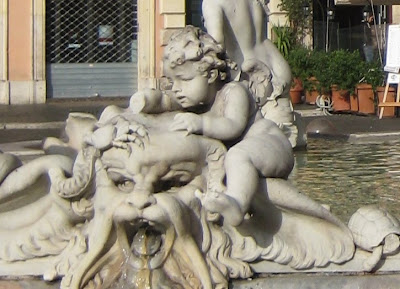 I have to admit that weirded me out a little.

In Siena, you could theoretically tie your horse at one of the iron rings in the walls and walk across the street to a svelte little boutique embedded in the old stone. You could buy your designer boots, while your horse dodged a lot of well-dressed Italians and the occasional Smart car. 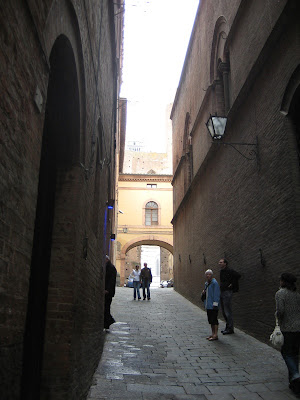 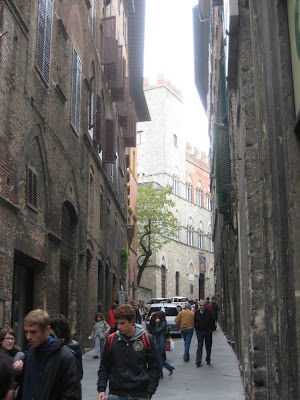 A similarly interesting experience is standing next to the ancient Roman wall--right next to it, because the cars and buses go hurtling past about thirty inches from your nose. Lou and I didn't take any pictures of that. When you're afraid for your life, you're not necessarily thinking about pulling out your camera.

Slick colorful modern machines next to stones that have been in one heap for millenia are a natural progression of living in an ancient city. Less natural or comprehensible was the idea some overeducated artistic director had of placing hideous, formless white statuary amidst the ruins of the Roman Forum. 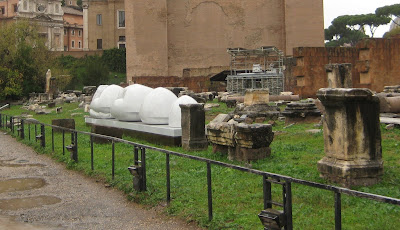 More positively, Rome contains another incongruity at its very heart; one repeated over and over, but never more obviously than in the great and glorious temple designed to reverence a carpenter in the name of a fisherman. 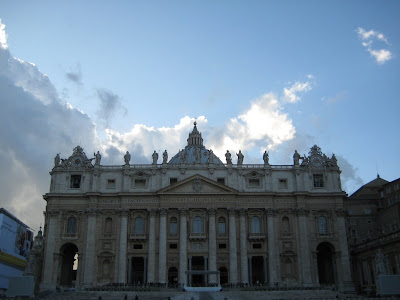 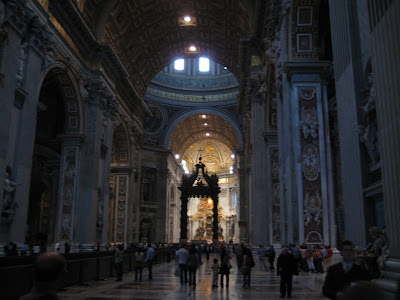 Posted by Jenna St.Hilaire at 4:20 PM