Ballet and Stars and other stories

Happy second week of Easter! It's been a rather lovely few days, despite the continued Maytagging and a sudden cold that consists mostly of feeling like someone scrubbed my sinuses out with a bottle brush.

At work, the Macintosh I have to do some of my editing on has had fewer laughs at my expense; my new desk is comfortingly secluded, and I got some decorations up; the talkative half of my department went out of their way to make me feel at ease this past week; and, emboldened by desperation, I finally found the espresso machine in the building where the Mac lives. Said espresso machine promptly broke, but it made Wednesday survivable first.

The star I wrote a book about was well on the way to its zenith when we came home from Easter vigil. It spends most of the winter rising close to dawn, so that was my first glimpse of it for this year. I spent a few chilly minutes out on the deck staring at it, unaided by technology; it isn't much through the telescope, but it's a beautiful thing through the eyes of my beloved A.D.

The vigil itself was splendid. Triduum was so exhausting last year that I was particularly grateful to be able, this Holy Saturday, to put Friday's Goth mood aside for candlelight and vivid color and the Gloria.

Also, I have discovered blue eyeshadow. This has proven difficult to photograph. 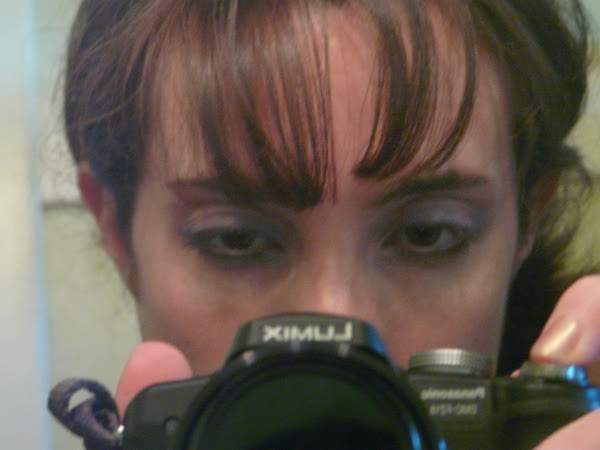 I tried shutting my eyes, but then my camera decided to take its own mirror-selfie. I wore blue eyeshadow in some quantity Friday night to see WWU's performance of the Benjamin Britten opera A Midsummer Night's Dream. The play is one of my favorite Shakespeare works—I could mouth the words along with Helena when she sang


You draw me, you hard-hearted adamant
[and yet you draw not iron, for my heart / Is true as steel... why didn't you leave that in the libretto, Sir Benjamin?]
Leave you your power to draw,
And I shall have no power to follow you

and our friend Jade was harpsichordist, and it seemed like a good opportunity to make my husband take me out on a hot date. :)

Maybe it's that modern music and even—to some extent—magic and fairy tales are so new to me still, but my inner child sat up and paid attention, awash in wonder. My grownup brain could tell that the vocal work and choreography were challenging for the all-student cast, but grownup-brain mostly sat indulgently back while the aforementioned inner child bobbed up and down in the theater seat and wished all her fairy-tale besties were around to help her fangirl over the wild dark beauty expressed in set and scene, music and dance.

Lou and I once talked on the way back from some opera we saw—probably Tristan und Isolde—about opera's unique combination of various art forms. I thought back to that as I admired Greek and Hindu-inspired set pieces, lively comic acting, and ballet alongside the music. And such music! I had only a slight acquaintance with Britten, but I will be hunting out more of his music, oh yes.

Also, I just about cried laughing when the wall was singing.

Sunday I wore purple and pink eyeshadow, and after church I hopped on my bike in the sun and went to see a play my friend Pat was in: Deborah Brevoort's The Women of Lockerbie, which (fictionally, but loosely based on true events) depicts the intersection of grief and generosity between women from Lockerbie, Scotland and relatives of victims of the 1988 Pan Am flight 103 terrorist bombing.

It was quite the powerful story. I cried so hard that I felt awkward for the strangers on either side of me. Brevoort brought out the eucatastrophe, though, which—of course—was what really made me lose it.

Anyway, I love local music and theater arts. You can run down afterward and hug your performing friends. :) 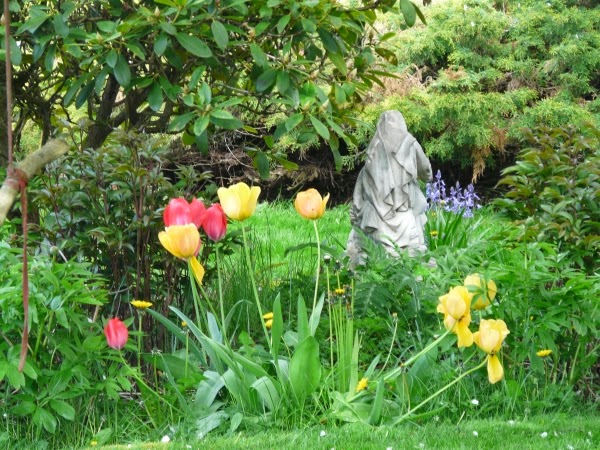 Blog-friend Shallee MacArthur's sci-fi YA debut novel, The Unhappening of Genesis Lee, is forthcoming from Sky Pony Press (cool publisher name to go with cool title). It has a gorgeous cover design (ballet and stars? Practically everything I love, right there); it has a highly suspenseful premise, and it currently has a live rafflecopter through which you can enter to win an ARC! I did.

I was born in #42, grew up in #24, live in #6, and—fortuitously—ended up with a university in #1. I call this moving up in the world. Here's to Nerd Heaven! And Cosplay Fridays! Now, how to sell my company on that one.... It sounds like fun.

Thoughts of the return of the Harry Potter Book Club have begun surfacing in my consciousness. Stay tuned.
Posted by Jenna St. Hilaire at 10:20 PM