The Problem with Positive Energy and other stories

The phrase "it never rains but it pours" is not exactly true of Washington State, in which a misty drizzle is part of two-thirds of the days in the year, but it does seem to be true of life. This was apparently the week for my friends to get hit with sorrows.

In one case, perhaps some of us can help: fellow blogger and NaNoWriMo friend Shallee McArthur's sister's house and garage burned down the other night, and the family—which got out safely, thank God—lost most of their belongings. Shallee has a site up with a list of clothing and household items they need, along with the option to donate financially. If you have the will and the means, I'm sure Kylee and her husband and baby would be grateful.

I washed a horse blanket with a laundry load this week, and Maia claimed it almost the moment I had it out of the dryer. Which actually made doing the rest of the laundry easier, as she spent most of the rest of the day in it: 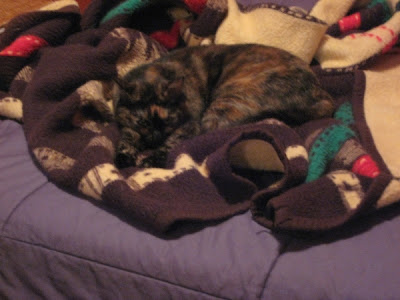 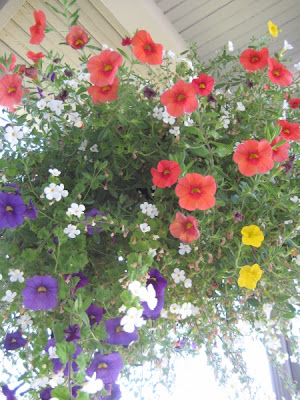 Also: I happened across these minuscule poppies while I was weeding (the poppy is at my palm; of course, the little blue-flowering weed is cute, too... too cute to pull, so I left it there...)

Here's the big one I actually planted, for scale—and also because it's gorgeous: 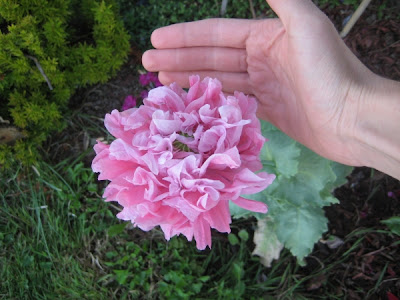 I spent most of this week in productivity mode, and felt very thrifty and efficient as I made my currant jelly. All that positive energy may have backfired, however, as in my enthusiasm I boiled that jelly till I was quite convinced it had reached the ever-elusive jelly stage. Then, once I'd gotten it in the jars and through the canner, I used an old grandma-trick to guarantee a seal: flipping the jars upside down as soon as they come out of the water bath, and leaving them there till they cool. 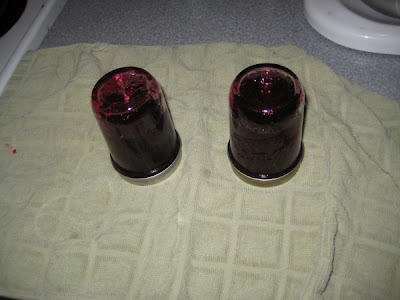 Thanks to my aforementioned enthusiasm, this proved to be a mistake.

Boil past the jelly stage, and you get what amounts to fruit roll-ups in a jar. :)

Not all my productivity suffered the effects of too much happy-go-lucky zeal. Beth and I made these maxi skirts on Monday. There's just one cut (two if you need to cut for length) and one seam, and the result is fantastic: 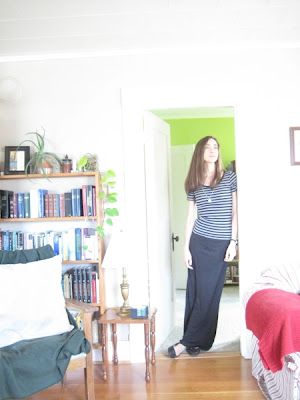 Girls, you want to make one of these! They're so comfortable.

It's also lovely to have an alternative to jeans, which are next to impossible to find long enough for me. This skirt laughs at length challenges. Next time, however, I will allow for my apparently having a longer stride than the girl who designed the pattern and add seven or eight inches to the lower measurement instead of five. I can't keep up with Lou when I wear it unless I pick up the hem. :)

Music of the week: Carrie-Ann linked me a couple of songs in the combox a few weeks back, and they were both so splendid that they'll probably both wind up on here eventually. Here's one: the Tallis Scholars singing Allegri's "Miserere". It moved me to tears.

Mermaid school!!! For that, I might try and get over my irrational horror of swimming pools. Thanks for the link, Arabella.

This post is late for many reasons, one of which is that Christie and Masha are getting me hooked on Firefly. I started the hour-and-a-half-long pilot last night, watched more of it while putting on makeup this morning*, and just had to finish it in my brief window of afternoon free time, when I should've been prepping this post. A sci-fi Western... I'm reveling in this. Now, here's hoping that Joss Whedon isn't a sadist about killing off characters like the writers for Downton Abbey are.**

* Why, yes, it is hard to put on eyeliner while watching television. And yes, propping my Kindle Fire up on the edge of a  high towel shelf so I could stream the show by the bathroom mirror was a little risky. But it all worked out in the end.
** Lou and I are working through season three of Downton Abbey, and after I complained about one shocking character killing to Beth, she told me who they kill at the end of the season. HORRORS. What, are they trying to be George R.R. Martin? I'm furious.
Posted by Jenna St. Hilaire at 9:01 PM