Gimbling Cats and other stories

'Twas brillig, and the slithy toves
Did gyre and gimble in the wabe

It isn't quite brillig, which Humpty Dumpty says is around four o'clock. And Maia isn't a slithy tove. She has, however, been gyring and gimbling on my manuscript and editorial letter. Or if not precisely that, she's at least been wrestling and pouncing and then sleeping on them. While halfway under the edge of the couch cover. It's apparently more fun that way.

Maia: "It's a cushion that slides around! FUN."

Me: "Could you not destroy that? And don't lose it under the couch, either."

Maia: "You don't care if it gets bent. You had it in your workbasket."

Me: "Touché. But I'm not the one who walks all over the workbasket. Or sleeps in it."

Maia: "EVIL HAND. I BITES IT. THROUGH THE COUCH COVER. RAWR."

Doctor's orders do not quite seem to be enough for me... but shared accountability helps, so I'm joining Masha in a proper detox during August. We're getting off sugar, caffeine, and alcohol—that is, as much as possible; Lou and I have got huckleberry picking mid-month, and everybody lives on pancakes and hot dogs and beer for three days—as well as cutting out meat for the most part during the first half of the month, and drinking cleansing herbs and eating fresh foods. And that's just part of it. Masha's goals include:


Waking before my alarm most mornings and replacing coffee with tea. I am deciding on a time to be online, a time to be available for texts and calls, I’m deciding on lectio Divina for my early morning hours, weeding and harvesting after breakfast, afternoon walks, focused cleaning, prayers and journaling..in short a spiritual detox. A time to form my flighty self in the imitation of Christ.... I’m giving myself a good part of Yarrow’s average nap-time for writing.... It will not be journal-writing, nor editing, but writing with form, shape, and direction.

I haven't plotted my goals out quite as clearly, but they're forming along similar lines. I'd love to more consistently pray the Liturgy of the Hours. I need to sing every day, ideally in the morning, to help my voice heal, and I want to be absolutely faithful about my piano time before bed. The garden could use some extra weeding and pruning, and my novels are desperate for some full attention.

Anybody else in? This could be fun. Or, since eating oatmeal is not exactly fun when there's Frosted Shredded Wheat in the house, at least it could be healthy.

The sweet pea bloom is one of my favorite things the year has to offer. 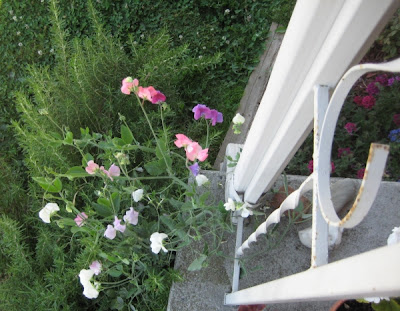 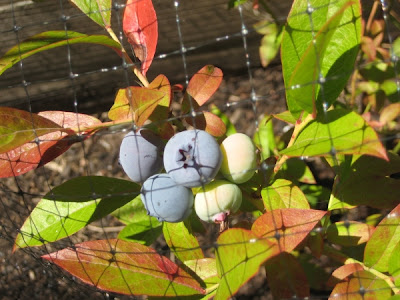 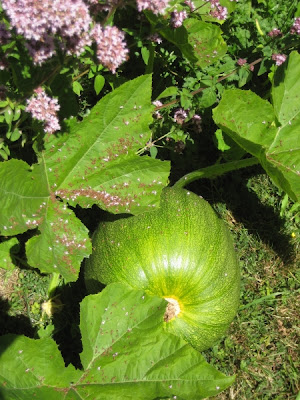 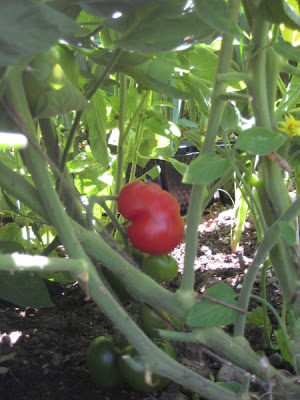 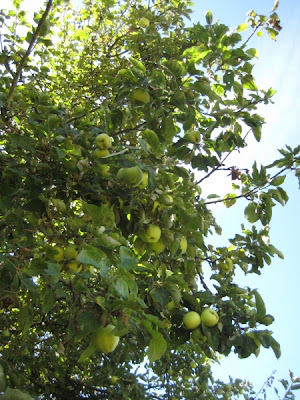 Music of the week: I came across this Orla Gartland video on YouTube a couple of weeks ago and loved it. Wish I was this good. (I've been instructed to bring my guitar to the choir picnic this Sunday, and judging by my recent practices... hmmm.)

Beware the Jabberwock, my son!
The jaws that bite, the claws that catch!
Beware the Jub-Jub bird, and shun
The frumious Bandersnatch!

That poem has been running through my head a lot lately. I have no idea why.