Sunny Side Up and other stories

So, the interstate bridge that collapsed last night is just a few miles south of us:

Which meant that I spent last evening calling family in the area and then watching Facebook and the news to make sure everyone was safe. As it turns out, no one died—something of a miracle; the Skagit River is something like eighteen feet deep there, and just shy of ice water this time of year. Had it happened a couple of hours earlier, during rush hour... that's a busy bridge, and it's hard to imagine that everyone would have made it out of the water alive.

Traffic is going to be a real bugbear for months to come, but I'm going to try and smile through it. Thanks be to God, we were spared tragedy. Moore, OK has worse to deal with by many orders of magnitude. Thoughts and prayers are with you, Moore.

Doctor Who fans? Buffy fans? I've seen only one episode of the former, and none of the latter, but I suspect I'd be addicted to both if I were willing to prioritize them over blogging, which is what I'd have to give up to have time for television. If you're a fan, though, check out Kat and Curt's TV Re-View, a podcast in which a couple of Mythgard Institute students—Katherine's a Hog's Head friend—watch and analyze both stories. I almost wish I was an addict, because this podcast is probably a lot of fun.

Speaking of The Hog's Head, it's under major reconstructive surgery right now, for any of you wondering why no one's posting. No one's posting because nargles got in and shut nearly all of us out. Tech elves and Headmaster Travis are working away on getting it cleaned out, but it's proving to be about as difficult as the doxy removal in Number Twelve, Grimmauld Place. 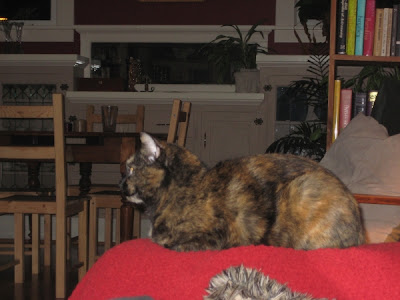 This peony looks oddly like fried eggs, sunny side up: 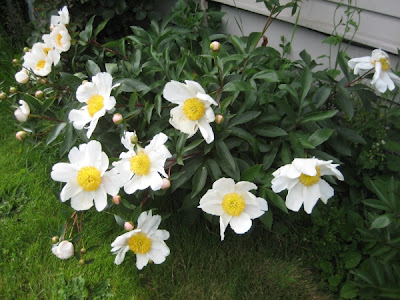 But it blooms wildly, and I love it. The traditional ones are hard at work, too: 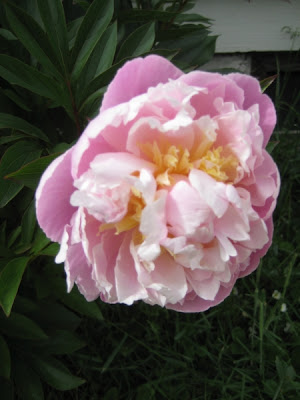 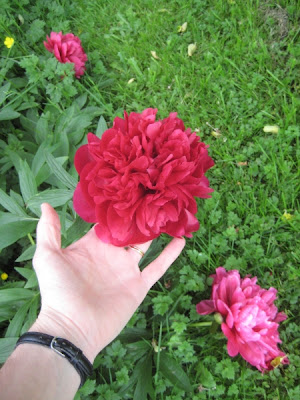 The snowball bush is still in full bloom: 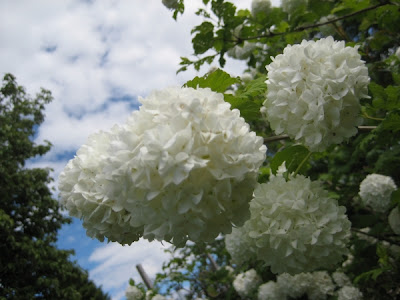 And the maple tree is making these funny little things, which I don't have enough botany to name properly: 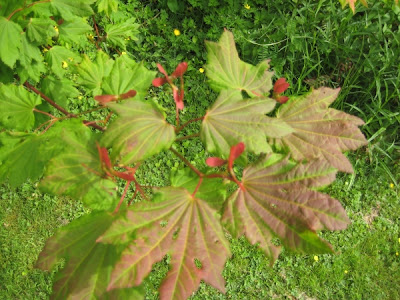 And we have two tiny lily of the valley blossoms! 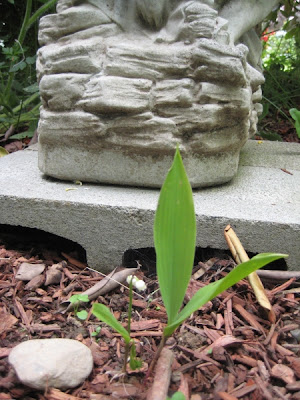 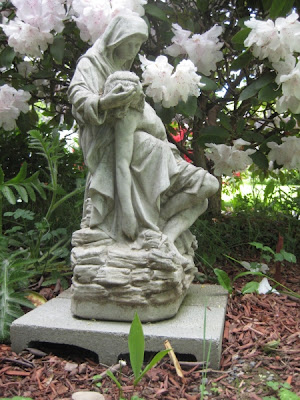 Music of the week: King of Instruments feature! I need to do these regularly. Dad St. Hilaire sent me this one recently: Bach's Sinfonia, played by Diane Bish.

Off to make dinner... Happy weekend! And yes, there should be a Harry Potter post on Monday. Even though I will be off playing street hockey most of the day. :D
Posted by Jenna St. Hilaire at 6:31 PM