Mopping to the Beat and other stories 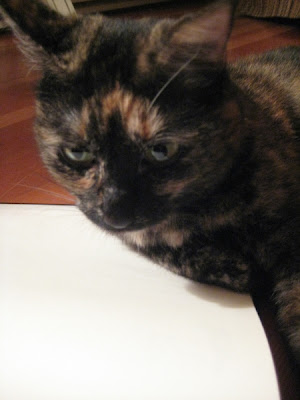 I'm short on words today because I've got an hour before a three-day scramble that's going to take in four different towns ranging 30 minutes to nearly three hours from home. And I want to spend some time working on my book. I want to, actually want to, which is amazing. Of course, I've been trying to get everything else done first, but at least I cleaned house to techno music. That makes it go faster. Even while taking a little time to dance.

Right, where was I? Short on words. But here, pictures:

Music of the week: After a listen to Christie's Harry Potter and the Sorcerer's Stone playlist, my first response was: Loreena McKennitt, WHERE HAVE YOU BEEN ALL MY LIFE?

She had me at 'Dante'. I'm already trying to learn it on the piano.

Also proven by Christie's playlist: Seth was right; I do like Maire/Moya Brennan. How could I not like Enya's sister? Music from her coming after I have time to listen around to more of her repertoire on YouTube and pick a favorite.

I've finally got my coffee and about thirty minutes. That ought to be enough to get a couple of paragraphs down.