The Problem of Having to Sleep and other stories

Authorial delights have kept me up late several nights this week, as I've rewritten long scenes near the end of my first book. At this point, I'm so close to having the revision finished that I do not want to do anything else. Not read, not clean the house or weed the garden, and definitely not sleep. Sleep just gets in the way.

On account of this—and the fact that, indeed, I have a lot of house and garden work ahead of me today as well as the very climax of the book begging for its rewrite—this may be a (comparatively) short blog-post. 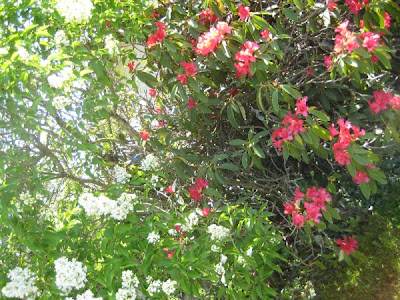 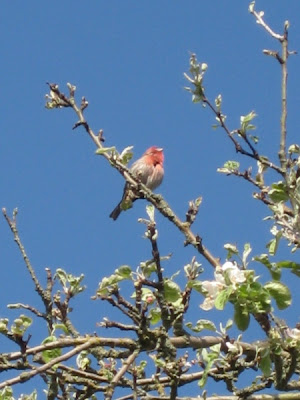 Over two weeks of trying not to sing or talk more than necessary, and despite sundry efforts, I'm not sure I'm actually talking less. I wonder if I just like the sound of my own voice too much. :P

Writers' link of the week: On the theme of this week's blogalectic, though posting a week earlier himself, here's Michael Flynn on where to get ideas. It's quite thorough. I found it particularly interesting for the discussion of Thomas Kinkade, may he rest in peace, and the difference between emotion and sentimentality, both of which I wish Mr. Flynn would have elaborated upon much further. Maybe that'll make it into the blogalectic someday or something.

Music of the week: Last Saturday Lou and I went to the symphony, and I thought, SYMPHONY. Place to get music-for-blog ideas! So. We heard Henri Vieuxtemps' Violin Concerto #5, and violin soloist Misha Keylin was quite justly encored afterward. This is not Mr. Keylin playing, but Mr. Perlman ought to do. Here's the first movement.


There's no pause between movements; hence, the fade-out at the end. For continuation, enjoy movement two and movement three.

Random amusement of the week: I'm not a poetry connoisseur, but I do love creative lines in crisp rhyme and meter, especially if they're hilarious. Eric Pazdziora linked XKCD's parody of Gilbert & Sullivan's "I Am the Very Model of a Modern Major-General" (from The Pirates of Penzance) on Facebook this week. The comic, "Every Major's Terrible", deals with the difficulty of choosing a college major, and Eric added his own couplet to the mix:

And Music is for people who all somehow never seem aware
The better way to make it big is having Justin Bieber hair.

Which made me laugh. But I cannot recommend hunting on YouTube for recordings of the Modern Major-General song, or attempting to write your own parody of it (yeah, I did... I'm considering putting the results on the internet; I'm just not sure how), because it'll give you a particularly ferocious case of earworm.

Hmm. I don't think that was a shorter blog-post.

For the first time since last July, Bellingham's ten-day forecast doesn't have a single rain-cloud picture. YAY. I hope you have a happy, glorious, sunshiny weekend!
Posted by Jenna St. Hilaire at 1:09 PM