At long last, I've finally broken down and gotten a Pinterest account. Feel free to join me there.

I was going to say that this week hadn't been very productive, other than throwing myself down another internet rabbit hole, but that's not necessarily true unless you're talking about writing. In the writing arena, I've only made it through most of a chapter's revisions when I'd hoped to finish the book.

In the rest of the world, I've judged both written and oral presentations of a local academy's investigative journalism competition. Lou and I also spoke to a grade school class about the vocation of marriage (and, oddly, because stage fright was involved, an event that took perhaps three hours including preparation and driving time cast a slowing spell on my mind for the entire week). I've played the piano every day but one, regardless of whether I felt like it, and somehow found the time to do a bunch of Google image searches to make our fantasy cast for The Blue Castle.

I was shamelessly proud of myself for the idea of making miniature greenhouses out of produce bags. The rainstorms of yesterday and early in the week would not have done the tomatoes any favor, and definitely would have convinced the basil that it had not awakened to life in the Mediterranean.

The beets aren't up yet—they've only had six days in the ground—but the blueberries and potatoes and lettuce are going strong thus far.

Also, here's our rhubarb, growing randomly in the middle of the lawn. I haven't rescued it yet, as I did with the peony, but we're not mowing it. Rhubarb pie is well worth making once or twice a year. 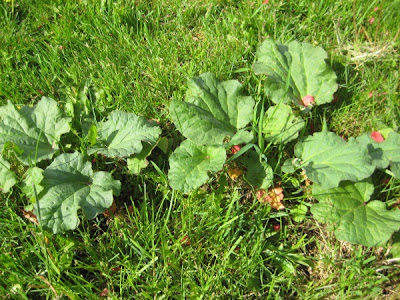 Also, it's one of my favorite times of year: lilac season. To my surprise, all of our lilacs are white.

They're quite beautiful. But I have a feeling that a standard light purple one will find its way into the yard sooner or later. The white and dark purple varieties have a slightly different scent: still pleasant, but almost too strong by comparison.

Also, the rhododendrons have just begun to bloom: 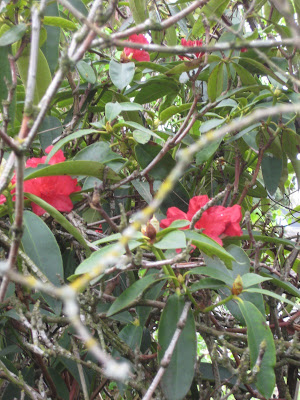 ...and bluebells, as it turns out, also come in purple and white. 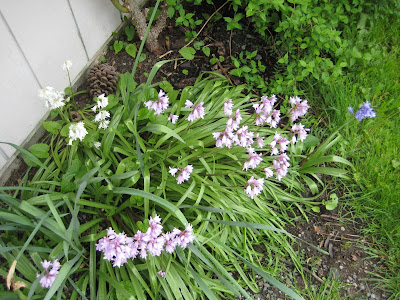 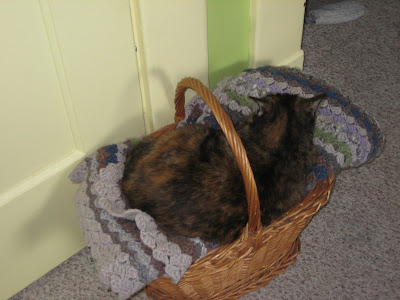 Writers' link of the week: While judging for the journalism contest, I got to share the students' opportunity to hear bestselling author and Pulitzer-winning journalist William Dietrich speak. Turns out, he's a fantastic teacher, and made me want to come straight home and spend quality time with my novels. This week, you get his whole blog. I liked this lighthearted post about adverbs and book festivals.

Music of the week: I'm sleepy. Ministry of Magic, wake me up.

Disclaimer: Luke clearly does not proofread his lyrics. :)

Random amusement of the week: I have a new favorite Cracked article, which instructs readers on how to sort out real journalism from the, ah... I won't use the word(s) author David Wong used to describe incendiary political clickbait; you can go see for yourself. (Insert standard Cracked advisory about naughty language here.) It is rather satisfying, though, to hear the rabble-rousing described in such vitriolic terms. Besides, I laughed. Hard.

I hope the sky is clear tomorrow night.

Happy weekend! And may the Fourth be with you.
Posted by Jenna St. Hilaire at 4:42 PM