I'm at The Hog's Head again today with a post about St. Hedwig of Silesia, namesake to Harry Potter's owl:

"In the Roman Catholic Church, today is the feast day of St. Hedwig of Silesia, after whom Harry’s owl is named. Jo Rowling’s character names are well-known to be aptly chosen, and Hedwig is no exception. Here are a handful of [what I thought were] interesting and potentially relevant points about St. Hedwig:"


* * *
After a spring and summer of tomato, eggplant and pepper plants growing in our south window, I finally moved them outside today. Recent frosts had destroyed most of the leaves close to the window, and the harvest had mostly ended. Here are a few pictures from their prime: 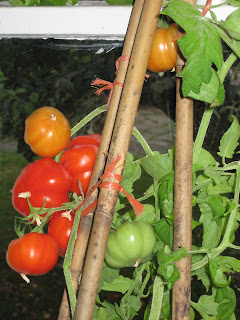 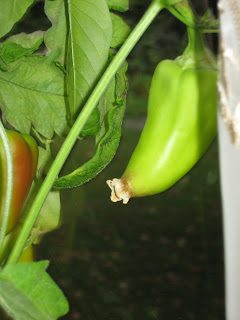 The eggplant never made any eggplants (argh), but it made several nice flowers. 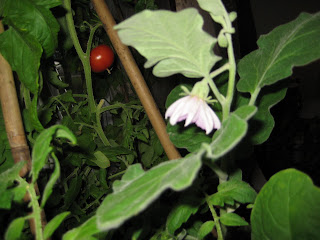 Posted by Jenna St.Hilaire at 1:06 PM